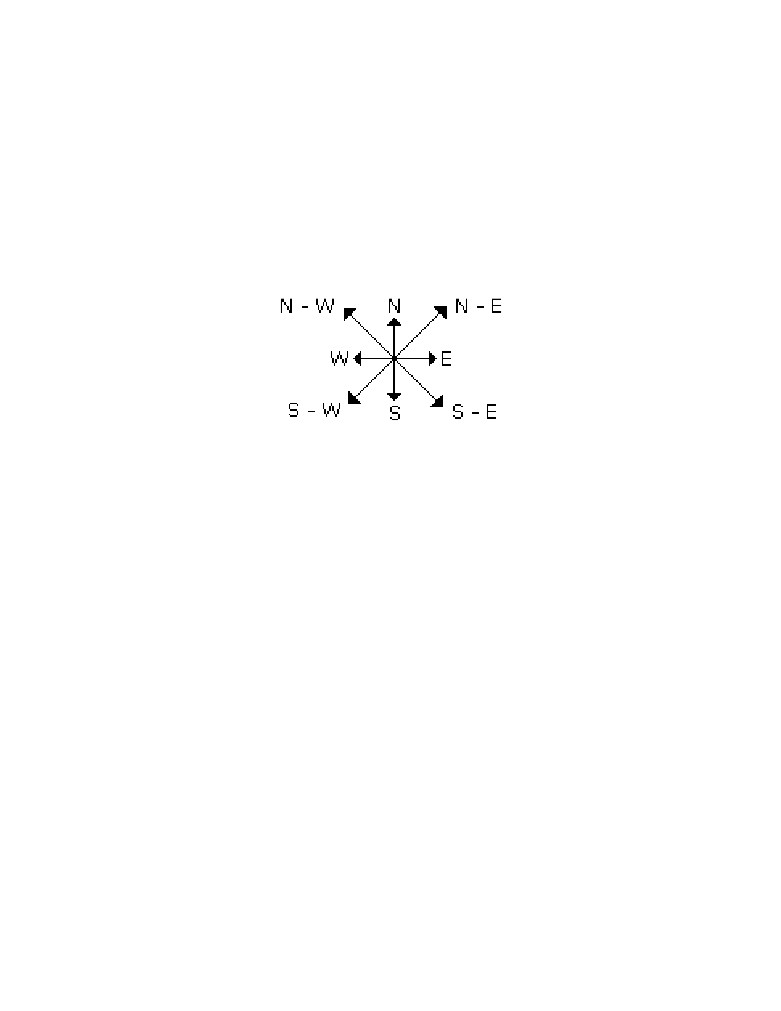 1.DIRECTION SENSE TEST
● There are four main directions: North (N), East (E), West (W), South(S)
● There are Four Cardinal Directions as shown in the diagram:
North-East (NE), North-West (NW), South-East (SE), South-West (SW)
● Angle between North and East is 90’(Clockwise)
● Angle between North and Northeast is 45’(Clockwise)
● Shadow’s position:
Morning (or) Sunrise (or) Dawn - WEST
Evening (or) Sunset (or) Dusk - EAST
Noon - No Shadow
Some Important Points:
1. At the time of sunrise if a man stands facing the east, his shadow will be towards west.
2. At the time of sunset the shadow of an object is always in the east.
3.
If a man stands facing the North, at the time of sunrise his shadow will be towards his left and
at the time of sunset it will be towards his right.
4. At 12:00 noon, the rays of the sun are vertically downward hence there will be no shadow.
Types of Problems:
● Facing Directions
● Distance Travelled
● Shadow Based Problem 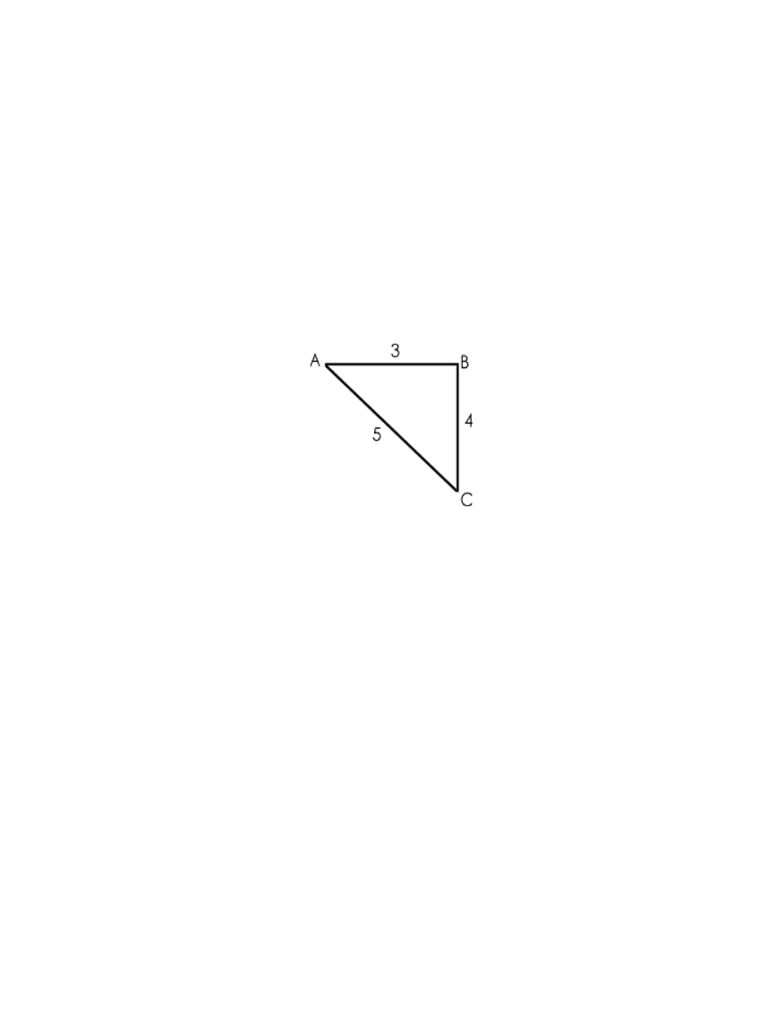 1). A man goes 3 kms. East from point A and then takes a right turn from point B
to move 4 kms. to point C. What is the minimum distance between point A and
point C?
Solution:
In order to find the minimum distance between these points, we use a little bit of
geometry. We know that the minimum distance between these points will lie along the
hypotenuse of the right-angled triangle formed by these points.
Now applying Pythagoras theorem, the distance between the starting point A and final
point C is 5 kms i.e. the square root of the sum of squares of 3 and 4.
An important point to learn from this question could be the fact that you might be asked
to specify the direction of the specific point, for example, the question might state: "in
which direction is he with respect to the starting point". The answer would be
South-east.
Now, in case the question was: "In which direction is the starting point with respect to
C"; the answer would be North-west.
Another question could be: "In which direction is he walking towards point C"; the
answer would be South.
While calculating the distance from a starting point to the destination point when the
points form a right-angled triangle, the prior knowledge of Pythagorean Triplets (3-4-5,
5-12-13, 8-15-17 etc.) is generally very helpful in calculating the distances involved as it
saves time spent on calculations. 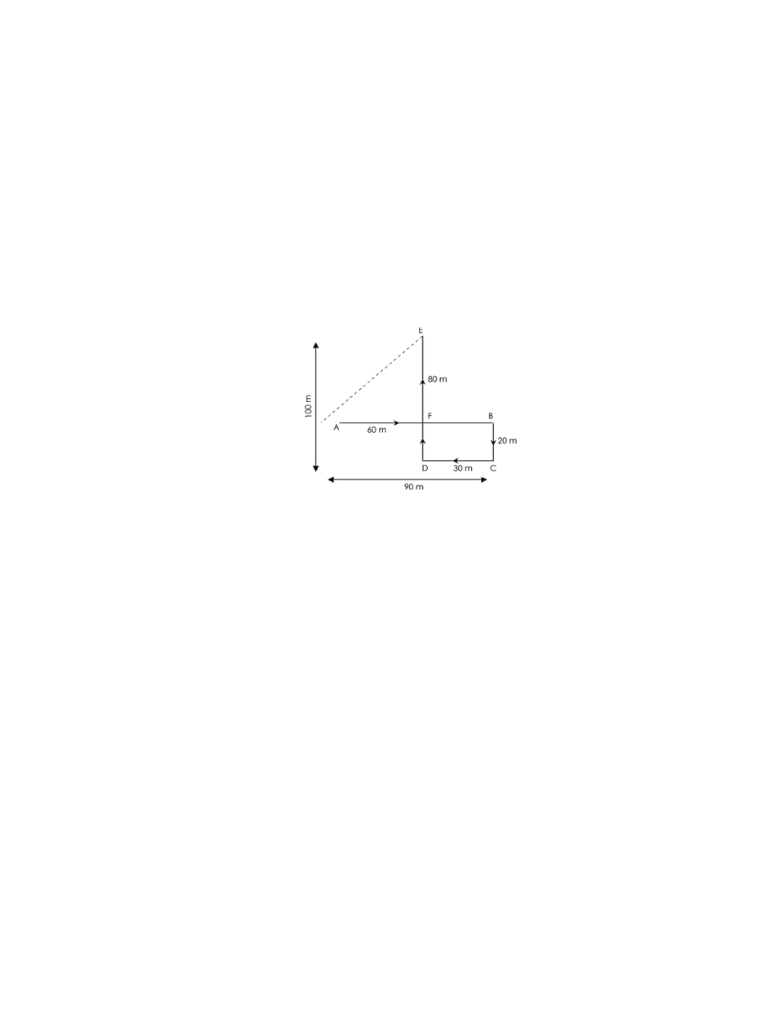 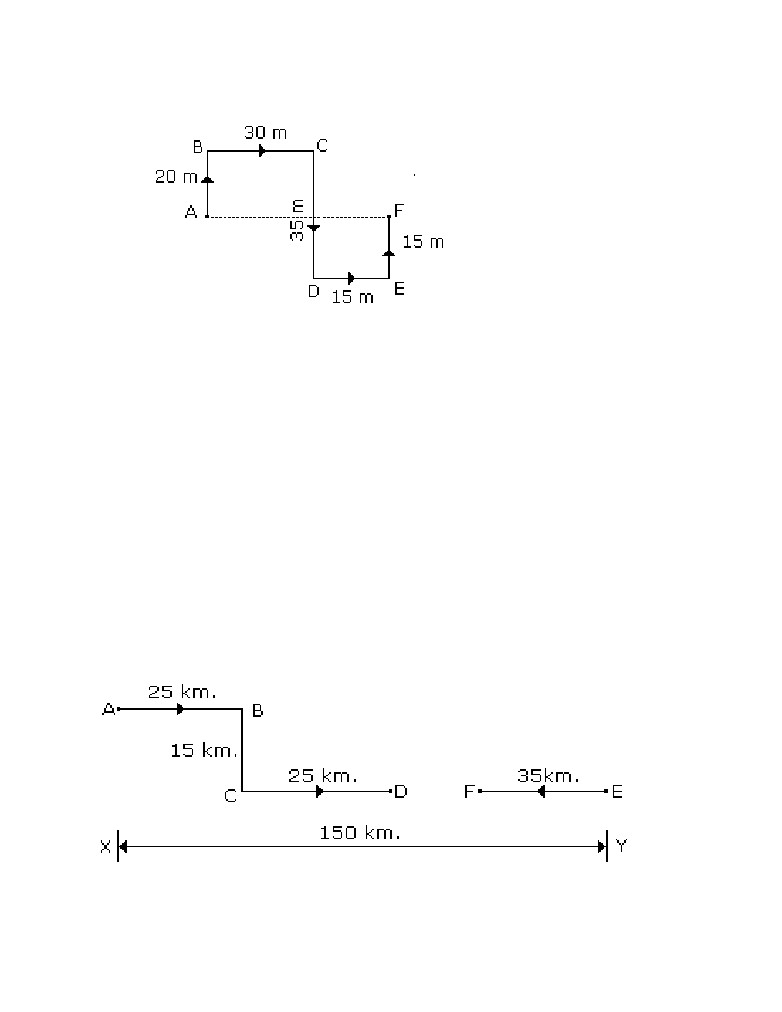 Solution:
Required distance = AF
= 30 + 15
= 45m,
From the above diagram, F is in East direction from A.
4).Two cars start from the opposite places of a main road, 150 km apart. First car
runs for 25 km and takes a right turn and then runs 15 km. It then turns left and
then runs for another 25 km and then takes the direction back to reach the main
road. In the mean time, due to minor break down the other car has run only 35 km
along the main road. What would be the distance between two cars at this point?
Solution: 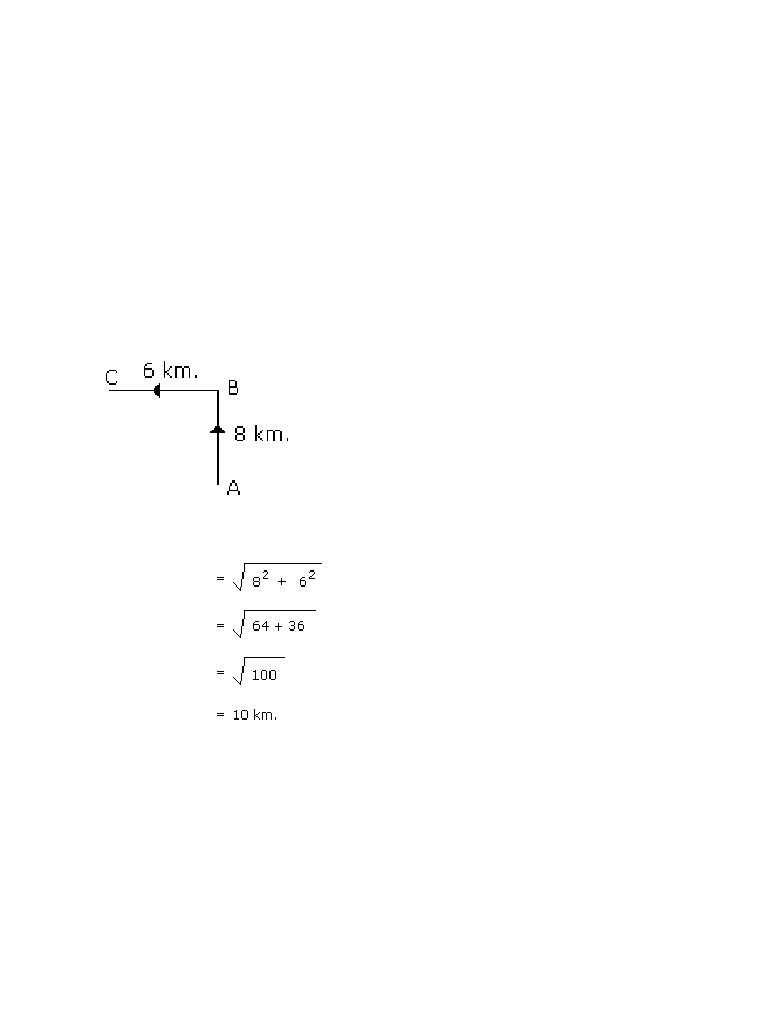