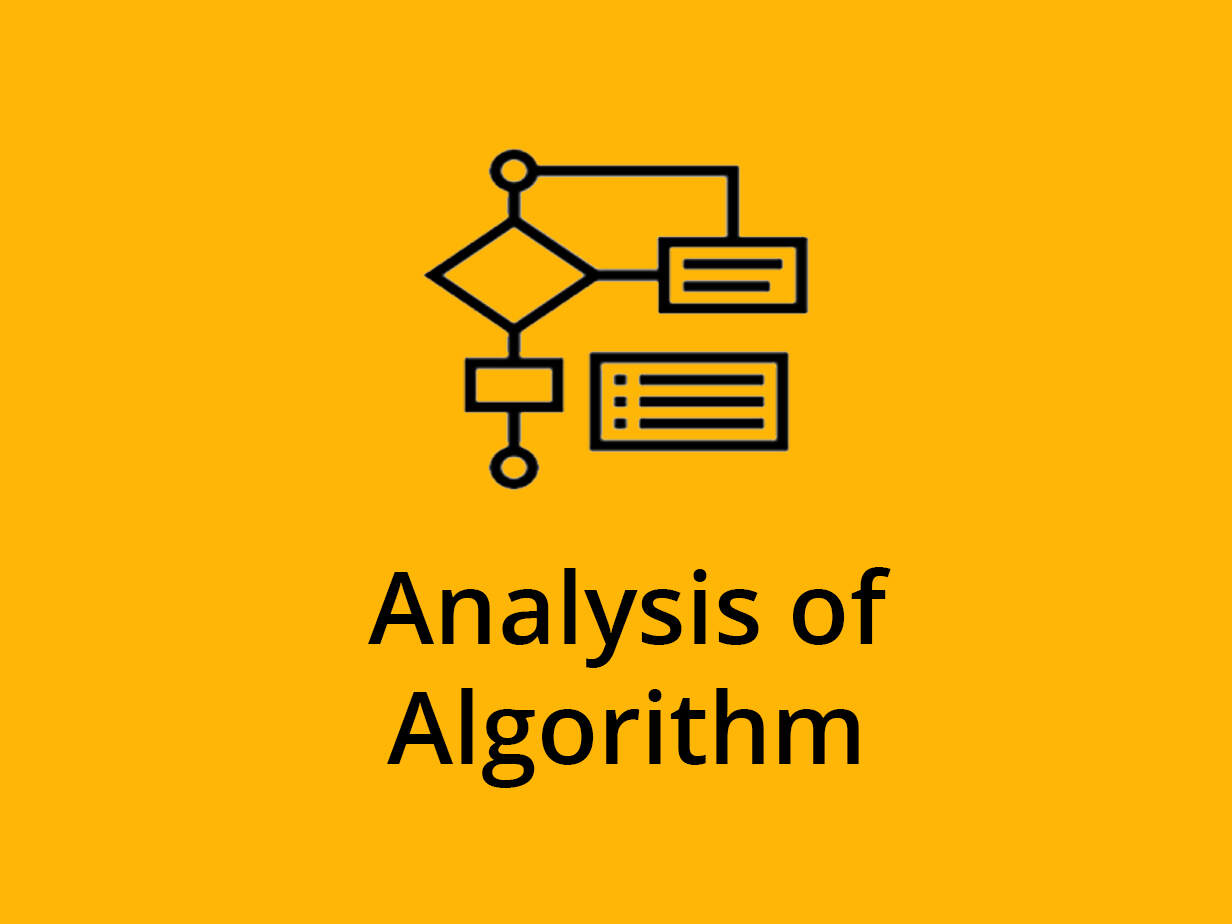 Analysis of Algorithms is semester 4 subject of final year of computer engineering in Mumbai University. Prerequisite for studying this subject are Data structure concepts, Discrete structures.

In mathematics and computer science, an algorithm is a finite sequence of well-defined, computer-implementable instructions, typically to solve a class of problems or to perform a computation. Algorithms are always unambiguous and are used as specifications for performing calculations, data processing, automated reasoning, and other tasks. As an effective method, an algorithm can be expressed within a finite amount of space and time, and in a well-defined formal language for calculating a function. Starting from an initial state and initial input (perhaps empty), the instructions describe a computation that, when executed, proceeds through a finite number of well-defined successive states, eventually producing output and terminating at a final ending state. The transition from one state to the next is not necessarily deterministic; some algorithms, known as randomized algorithms, incorporate random input.

In computer science, the analysis of algorithms is the process of finding the computational complexity of algorithms the amount of time, storage, or other resources needed to execute them. Usually, this involves determining a function that relates the length of an algorithm’s input to the number of steps it takes (its time complexity) or the number of storage locations it uses (its space complexity). An algorithm is said to be efficient when this function’s values are small, or grow slowly compared to a growth in the size of the input. Different inputs of the same length may cause the algorithm to have different behavior, so best, worst and average case descriptions might all be of practical interest. When not otherwise specified, the function describing the performance of an algorithm is usually an upper bound, determined from the worst case inputs to the algorithm. The term “analysis of algorithms” was coined by Donald Knuth. Algorithm analysis is an important part of a broader computational complexity theory, which provides theoretical estimates for the resources needed by any algorithm which solves a given computational problem. These estimates provide an insight into reasonable directions of search for efficient algorithms.